Can you name Man Utd’s XI from Bryan Robson’s last game in 1994? 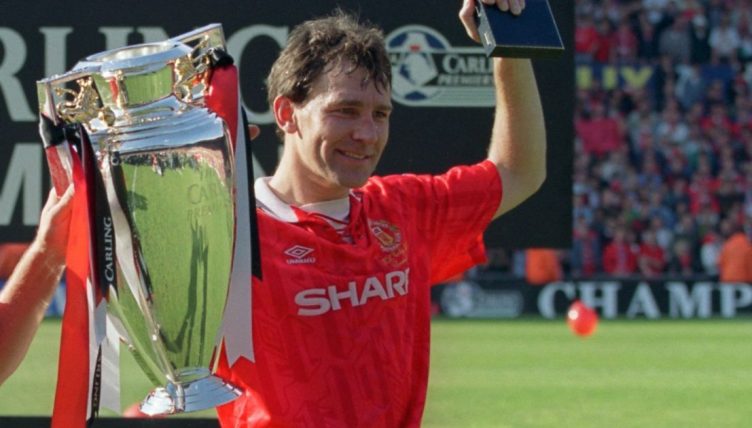 Bryan Robson is a true Manchester United legend having captained the club from 1982 until 1994. But can you name the team Sir Alex Ferguson selected for his last ever appearance in a United shirt?

Robson joined United from West Brom in 1981 in a British-record transfer and was soon handed the armband by Ron Atkinson due to his natural leadership abilities.

The club struggled for much of his early captaincy, winning just two trophies in his first seven seasons in the role.

But under Sir Alex Ferguson, Robson led his team into an unprecedented era of glory, winning back-to-back Premier League titles in 1993 and 1994 as well as a slew of other trophies in the early 90s.

The final game of the 1994 league season, after which United received the league trophy, was also Robson’s last for the club, United playing out a 0-0 draw with Coventry at Old Trafford.

What we want you to do here is name the starting XI Ferguson sent out for Robson’s farewell.

If this puts you in the mood for another challenge, why not have a crack at naming Sir Alex Ferguson’s 30 most-used players at Man Utd?

You’ll need to sign up to Starting 11 below to play the quiz and completing it will also put you on our weekly Starting 11 leaderboard. You can access the leaderboard via the dropdown menu on the quiz below. The time from the office to beat is 03:23.