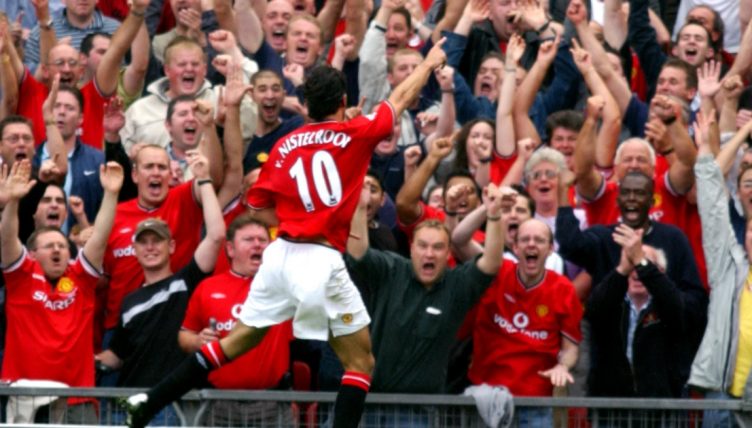 Manchester United fans had to be patient to see Ruud van Nistelrooy in action, but he was definitely worth the wait.

After a long-running transfer saga, he eventually signed for the club for a £19million fee on April 23, 2001, and made an iconic debut on August 19 in United’s opening Premier League fixture of the season at home to Fulham.

The former Netherlands international scored twice in a dramatic comeback 3-2 victory and that performance was a sign of things to come.

He scored 150 goals in 219 appearances in all competitions during his five years at United, helping them win a Premier League title, the FA Cup and a League Cup.

“Ruud is the best finisher I have seen in my time as manager,” former United manager Sir Alex Ferguson said in 2005. “In that respect, he is absolutely incredible.”

Van Nistelrooy left for Real Madrid after falling out with Ferguson in 2006, but how well do you remember the United line-up from that 3-2 win over Fulham?

We’ve given you Van Nistelrooy for free but you’ve got 10 minutes to name the other members of United’s starting XI. The time to beat from the office is 01:32.

If this gives you a taste for another challenge, why not try to name Man Utd’s top 30 goalscorers in Premier League history?

NEXT QUIZ: Can you name Alex Ferguson’s 30 most-used players at Manchester United?