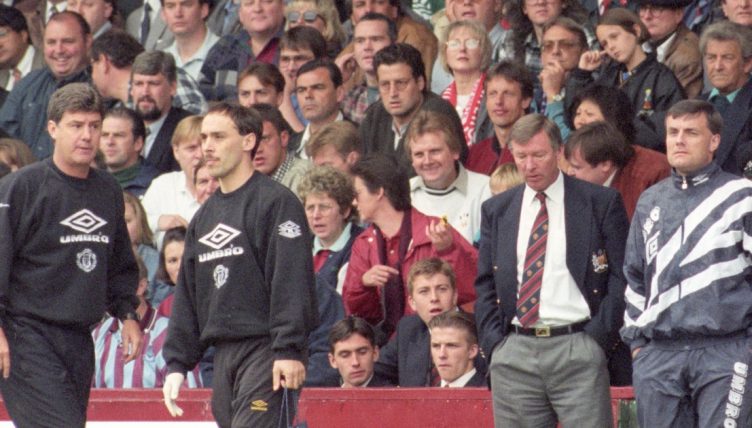 Many Manchester United fans have probably tried to block out any memories of their 1-1 draw away to West Ham back in 1995, but we’re asking you name Sir Alex Ferguson’s starting XI that fateful day.

United fans had plenty to celebrate throughout the mid-nineties, winning four of the first five titles in the Premier League era, but they were agonisingly denied the title by Blackburn Rovers in 1994-95.

Blackburn crawled over the line with a 2-1 defeat at Liverpool, giving Ferguson’s men the chance to clinch the title on the final day. They needed a win in East London, but they failed to take all three points as West Ham held firm for a 1-1 draw.

We’ve given you 10 minutes to name each member of the starting XI, and the score from our office to beat is 11/11.

If this gives you the taste for another quiz, try naming every Manchester United player to appear under Ole Gunnar Solskjaer.