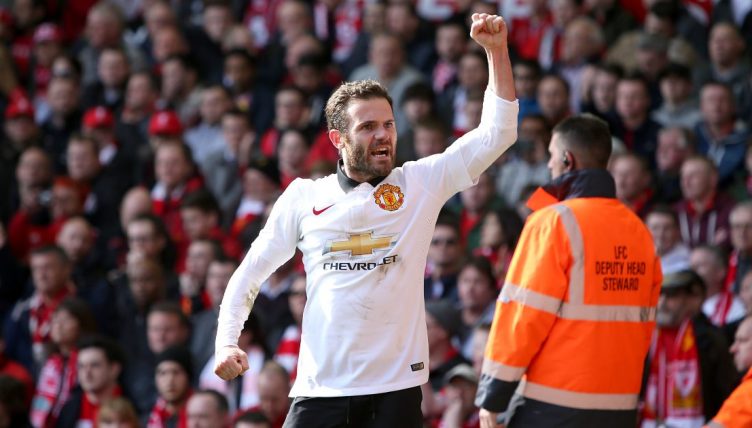 On March 22, 2015, Manchester United beat Liverpool 2-1 at Anfield thanks to an brilliant brace from a certain Spanish midfielder.

United went into the interval with a 1-0 lead before Steven Gerrard was famously sent off just 38 seconds after coming on as a half-time substitute.

The Red Devils doubled their advantage in the 59th minute and even missed a late penalty after Daniel Sturridge had pulled a goal back for the hosts.

It was one of the best moments of Louis van Gaal’s tenure, but how well do you remember it? We’re asking you to name every member of Man Utd’s starting XI from that match at Anfield.

If this gives you the taste for another quiz, try naming every £10million+ player Sir Alex Ferguson signed for Man Utd.