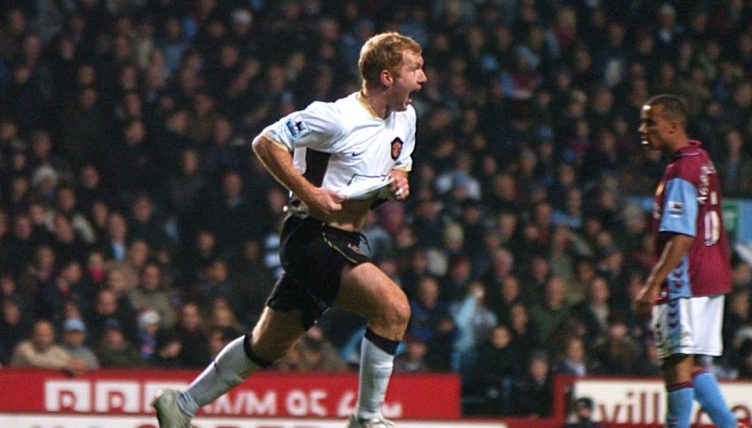 We’re pretty sure you can remember one of the goals Manchester United scored during their 3-0 win at Aston Villa in December 2006 – but can you name their starting XI that afternoon?

United travelled to Villa Park knowing that victory would ensure they’d spend Christmas day at the top of the Premier League and they set about dismantling their mid-table opponents.

They were already 1-0 up when Paul Scholes scored what was arguably his career-defining goal, waiting for an age for the ball to come down before smashing home a volley via the underside of the crossbar.

You’ll have seen that strike a million times, but we’re asking you to remember who else played for United on that winter’s afternoon.

If you’re looking for another challenge after this, why not have a go at naming Man Utd’s XI from the 1999 CL final against Bayern Munich?

You’ll need to sign up to Starting 11 below to play the quiz and completing it will also put you on our weekly Starting 11 leaderboard. You can access the leaderboard via the dropdown menu on the quiz below. The time from the office to beat is 01:40.