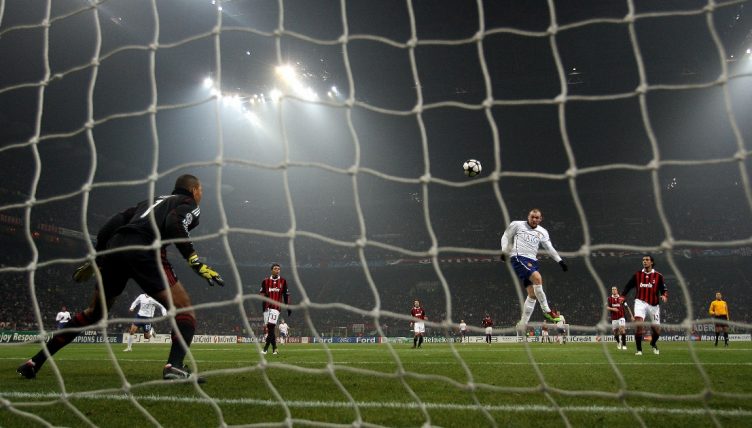 On 16 February, 2010, Manchester United went to San Siro and beat AC Milan 3-2 in the Champions League. Can you remember who was in Sir Alex Ferguson’s starting XI that night?

It was Jose Mourinho’s Inter that conquered Italy – and Europe – that season, but Leonardo’s Milan weren’t a bad side either. They boasted Thiago Silva and Nesta in the centre of defence, Ronaldinho and Pato in attack, and David Beckham – on loan from LA Galaxy – in midfield alongside Andrea Pirlo.

Ronaldinho and Clarence Seedorf scored for the Italian side, but Ferguson’s men proved too much for them on a memorable night in Milan. An iconic midfielder scored an equaliser for United, while a legendary striker went on to add the second and third in the 3-2 first-leg victory.

United would go on to secure their place in the quarter-final with a stunning 4-0 victory in the second leg at Old Trafford, but we’re asking you to guess the names on their teamsheet from that first leg.

If you’re after another challenge after this one, have a go at naming Sir Alex Ferguson’s 30 most-used players at Man Utd? Good luck and don’t forget to tweet us your scores @planetfutebol.