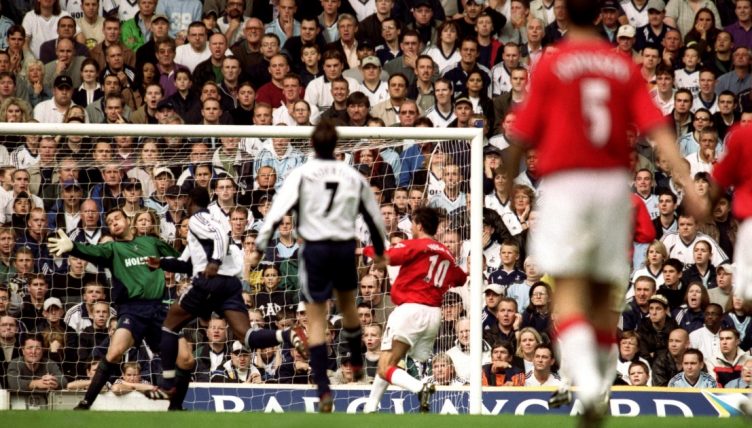 In terms of sheer drama and entertainment, no Premier League meeting between Tottenham and Manchester United has ever quite lived up to the eight-goal thriller the two sides played out back in September 2001.

Sir Alex Ferguson’s champions were shocked by Spurs, going three goals behind by the break, before roaring back to win 5-3.

United’s two second-half substitutes played a vital role in their victory, with a certain baby-faced assassin scoring the fourth and fifth goals, but how well do you remember Ferguson’s starting line-up?

We’re asking you to name United’s starting XI from that afternoon. If you’re in need of a hint, you can sign up for Starting11 to get a helping hand.

If you’re in the mood for another challenge, why not try and name Manchester United’s XI from their 2-1 victory over Liverpool in 2015?