Can you name Man City’s XI from Kevin De Bruyne’s debut in 2015? 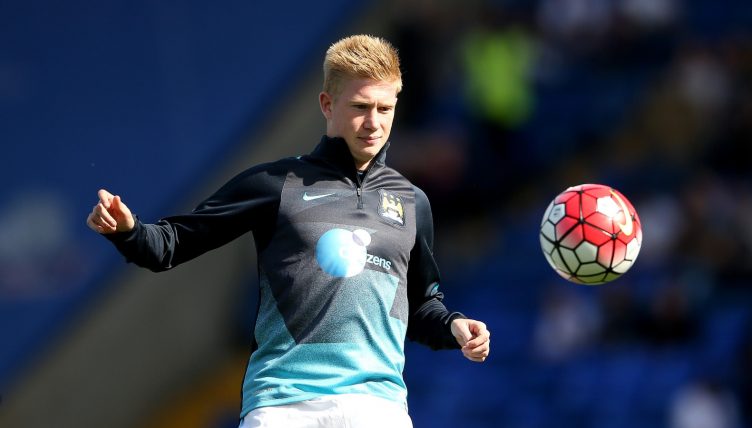 On 12 September 2015, Kevin De Bruyne made his debut for Manchester City, coming off the bench in a 1-0 win at Crystal Palace.

De Bruyne, who had joined City from Wolfsburg in a £55million deal earlier that summer, was introduced in the 26th minute at Selhurst Park after one of their forwards picked up an injury.

Fellow substitute Kelechi Iheanacho scored an injury-time winner for City, but we’re asking you to name the starting Xl that Manuel Pellegrini picked for that game.

The Belgian had arrived a couple of weeks before, shortly before the transfer deadline, but had to wait for the international break to make his first appearance for Manchester City.

He’s since proven himself one of the best midfielders in Premier League history, but not everyone was impressed by the signing at the time.

“The world is going mad,” Phil Thompson said on Soccer Saturday. “The amount of money they’re paying for this boy is just absolutely bonkers! He’s a good player, but is he a great player?”

“And this was someone who was at the top club in England, Chelsea, playing there, and it didn’t click,” responded Paul Merson. “He’s played here before, at a top team with top players. Honestly Jeff I thought it was Lira, I did.”

Safe to say those pundits have been resoundingly proven wrong, but can you cast your mind back to 2015 and remember how it all began? Their line-up is a mix of City greats and some more forgettable names. Our score to beat for this one is 01:29.

If this puts you in the mood for another challenge, why not try name Manchester City’s top 30 Premier League goalscorers?

NEXT QUIZ: Can you name Man City’s XI from Pep Guardiola’s first PL game in 2016?