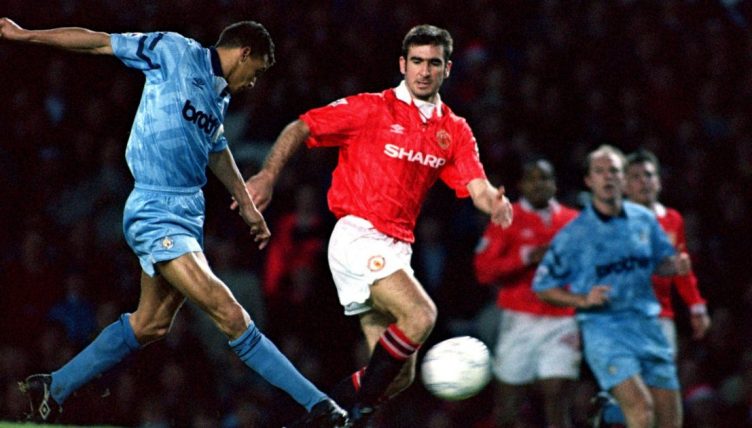 It was a transfer that made waves in the media and would change Manchester United‘s history. In November 1992, Sir Alex Ferguson asked his bosses to pay Leeds United £1.2million for Eric Cantona.

Cantona made his competitive debut for United in a Manchester derby at Old Trafford on December 6. How well do you remember it?

It’s not too strong to say that bringing in the brilliant Frenchman was one of the most transformative signings in United’s history. They went on to win the title that season – the first of Ferguson’s 13 as manager.

And it all began with a derby, Cantona’s Premier League debut coming against rivals Manchester City at Old Trafford. Cantona emerged from the bench at half time. His impact was limited as he got used to his new surroundings, but United won 2-1.

What we want you to do is name the XI that Ferguson sent out to start the game.

If this puts you in the mood for another quiz, why not have a crack at naming the 25 Manchester United players to score 10+ goals in a Premier League season?

Good luck and don’t forget to tweet us your scores @planetfutebol. The time to beat is 00:53.