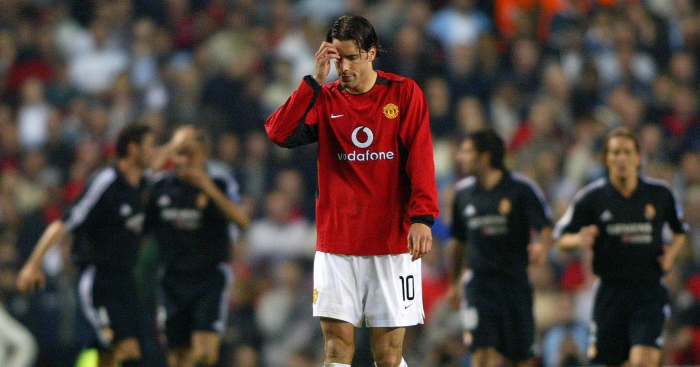 On April 23, 2003, Manchester United were knocked out of the Champions League by Real Madrid, despite coming back from 3-1 down to win 4-3 at Old Trafford in the second leg.

United trailed 3-1 from the first leg and were put to the sword by Ronaldo’s hat-trick, with the striker subsequently receiving a standing ovation from the Old Trafford faithful.

But how well can you remember United’s team from that day. Put your knowledge to the test below.