Can you name Middlesbrough’s XI from the 2006 UEFA Cup final? 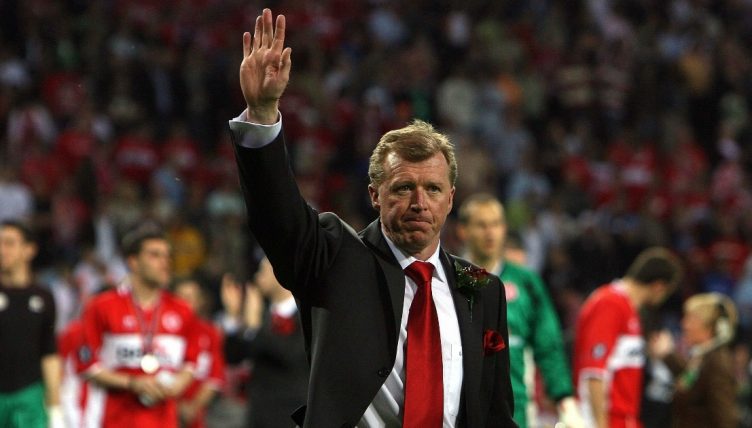 On 10 May, 2006, Middlesbrough’s fairytale adventure came to an anticlimactic end with a 4-0 defeat to Sevilla in the UEFA Cup final at the Philips Stadion in Eindhoven.

Steve McClaren’s Smoggies went on a remarkable run that year, producing unforgettable comeback victories away to Steaua Bucurest, Basel and Roma in the earlier knockout stages.

But their luck eventually ran out against Juande Ramos’ Sevilla, a brilliant La Liga outfit that nearly pipped Real Madrid to the league title, and would go on to retain the UEFA Cup the following year – setting the tone for the many more trophies they’d go on to win in the Europa League era.

Luis Fabiano, Enzo Maresca and Freddie Kanoute scored for the Spanish side that night in Eindhoven, with Boro hearts broken as McClaren’s men fell apart by conceding three in the final 15 minutes.

What we want to know is how well you remember that wonderful era for the Teesside club, and specifically who started in that final. There are some iconic names in McClaren’s teamsheet, alongside one or two slightly more forgettable ones.

If you fancy another challenge after this one, why not try name Middlesbrough’s XI from their famous 8-1 win over Manchester City in 2008?

You’ll need to sign up to Starting 11 below to play the quiz and completing it will also put you on our weekly Starting 11 leaderboard. You can access the leaderboard via the dropdown menu on the quiz below. The time from the office to beat is 01:36.