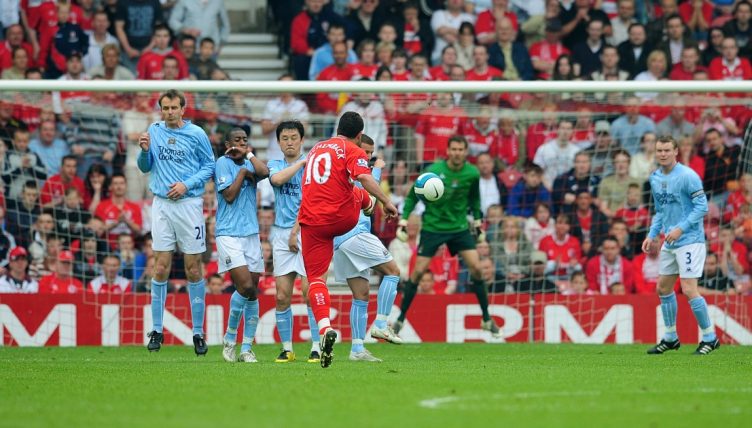 Some results appear extremely strange looking back and none more so than Middlesbrough‘s 8-1 victory over Manchester City in May 2008.

On the final day of the 2007-08 Premier League season, City travelled to the North East hoping to cap a memorable campaign with a victory. Instead, they were thrashed by Gareth Southgate’s Boro and Sven-Goran Eriksson was sacked shortly after.

We’re asking you to name the Middlesbrough XI from that afternoon in 2008. The score from our office to beat is a pitiful 5/11 and if you’re struggling, sign up with Starting 11 below to get access to hints.

And if this gives you a taste for another quiz, why not try naming the Boro side that started the 1997 FA Cup Final?

Can you name Middlesbrough’s XI from the 1997 FA Cup final against Chelsea?