Can you name Newcastle’s XI from Shola Ameobi’s last game in 2014? 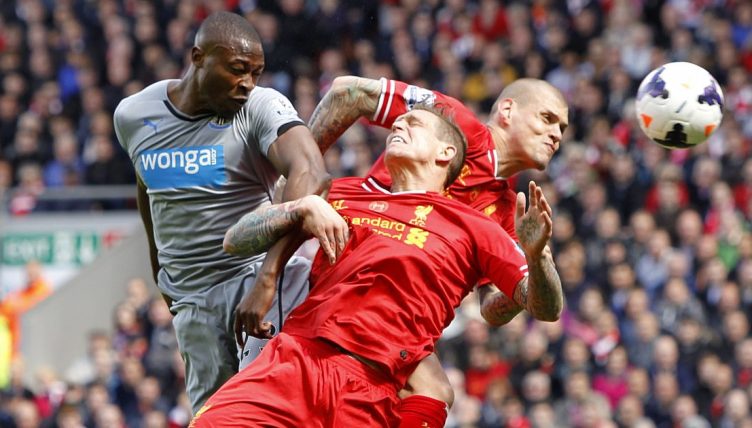 Only Shay Given and Alan Shearer have made more Premier League appearances for Newcastle United than Shola Ameobi – but can you remember the cult hero’s last game?

Born in Nigeria, Ameobi moved to Tyneside when he was five and went on to score 79 goals in 397 appearances for his boyhood club.

But Ameobi’s 14-year stint with the Magpies ended in infelicitous circumstances with a red card in a 2-1 defeat away to Liverpool, having been shown two yellows in quick succession, the latter for dissent.

We’re asking you to name Alan Pardew’s starting XI that afternoon, the final day of the 2013-14 season when Brendan Rodgers’ Reds were still vying for the Premier League title – they came from behind to beat Newcastle 2-1, but Manchester City secured the league after a comfortable 2-0 win over West Ham.

Newcastle went ahead that day through a Martin Skrtel own goal, while Pardew turned to Luuk de Jong, Shola’s little brother Sammy Ameobi and Paul Dummett off the bench. Dummett was also sent off, compounding their misery as they finished the match with nine men.

You’ll need to sign up to Starting 11 below to play the quiz and completing it will also put you on our weekly Starting 11 leaderboard. You can access the leaderboard via the dropdown menu on the quiz below. The time from the office to beat is 04:16.

Can you name Newcastle United’s first XI of the Mike Ashley era, 2007?