Can you name Porto’s Xl from the 2004 Champions League final? 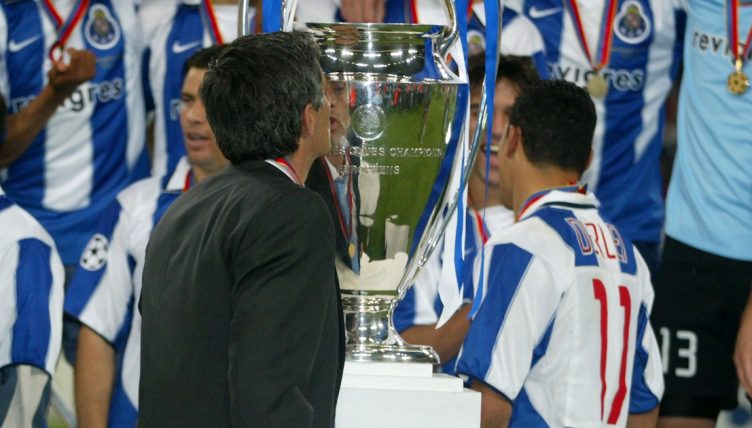 On 26 May, 2004, Jose Mourinho led Porto to a 3-0 victory over Didier Deschamps’ Monaco in the Champions League final.

Porto, who had won the UEFA Cup in 2003, knocked out Manchester United, Lyon and Deportivo La Coruna en route to the final.

They were regarded as favourites against Monaco and didn’t disappoint, taking a 2-0 lead before substitute Dmitri Alenichev came off the bench to seal the win.

Following the success, Mourinho departed the club for Chelsea, but we’re asking you to name the Xl that he selected against Monaco.

If you’re looking for another challenge after this, why not have a go at naming the top scorer from every Champions League season?

You’ll need to sign up to Starting 11 below to play the quiz and completing it will also put you on our weekly Starting 11 leaderboard. You can access the leaderboard via the dropdown menu on the quiz below. The time from the office to beat is 05:17.