Can you name Portugal’s XI from Ronaldo’s competitive debut, 2004? 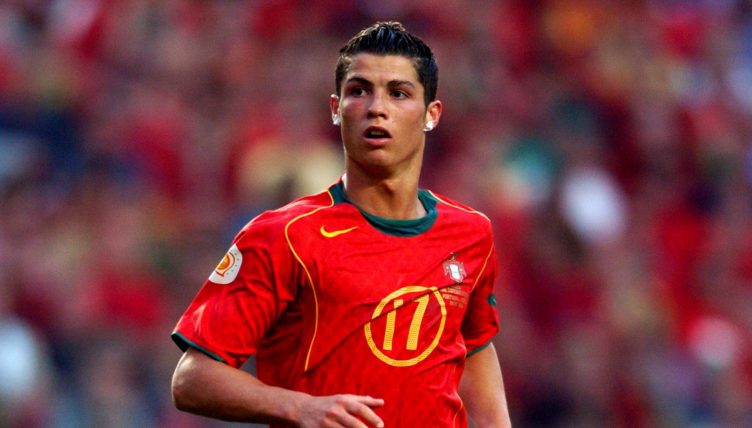 Cristiano Ronaldo is the all-time top scorer in the history of international football, but he took a while to get going with Portugal. How well do you remember his early days?

Luiz Felipe Scolari handed the then-teenage Manchester United winger his debut off the bench in a 1-0 friendly victory over Kazakhstan in September 2003, and he went on to make a handful more cameo appearances in friendlies as Portugal geared up for hosting Euro 2004.

His first competitive appearance didn’t come until the opening match of that home tournament, however.

Greece beat Portugal 2-1 in that opening game and would famously go on to beat them once again in the final to lift the first international trophy in their history.

Ronaldo was introduced at half-time by his Brazilian manager and scored his first goal for Portugal in injury time, but as Greece were already 2-0 up it was only a consolation.

Here, we’re asking you to name the 11 players in Scolari’s starting line-up that day. We’ll be impressed if you can get them all. We did, but it took us 05:01.

If that gives you a taste for another challenge, why not try and name every player to score 60 or more international goals?