Can you name Portugal’s XI from their Euro 2016 final win v France? 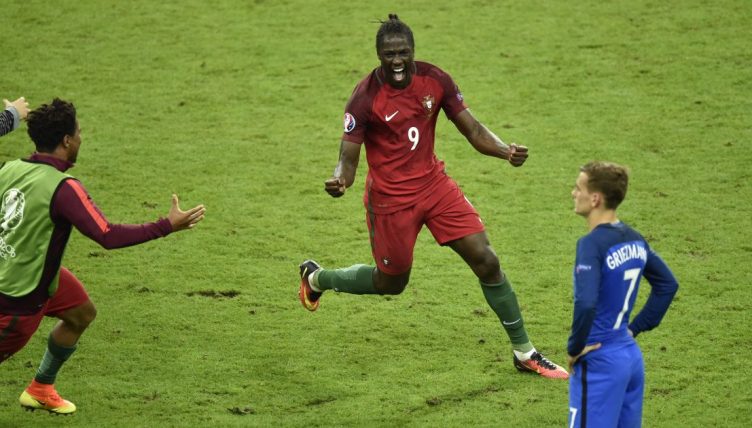 On July 10, 2016, Portugal won their first major tournament after beating France 1-0 in the European Championship final in Saint-Denis.

After drawing all three of their group games, Portugal advanced to the knockout rounds and then overcame Croatia, Poland and Wales.

Despite losing their captain to injury in the opening 25 minutes of the final, they defended resiliently and substitute Eder scored a brilliant winner in extra-time.

We want you to name every player in Portugal’s starting XI from that win over France. You’ll need to sign up to Starting 11 below to play the quiz and completing it will also put you on our weekly Starting 11 leaderboard. You can access the leaderboard via the dropdown menu on the quiz below.

If you’re in the mood for another challenge why not try naming Spain’s XI from their Euro 2008 final win v Germany?

Good luck and don’t forget to tweet us your scores @planetfutebol. The score from the office to beat is 9/11.

Can you name the England XI from the 4-1 win over the Netherlands at Euro 96?