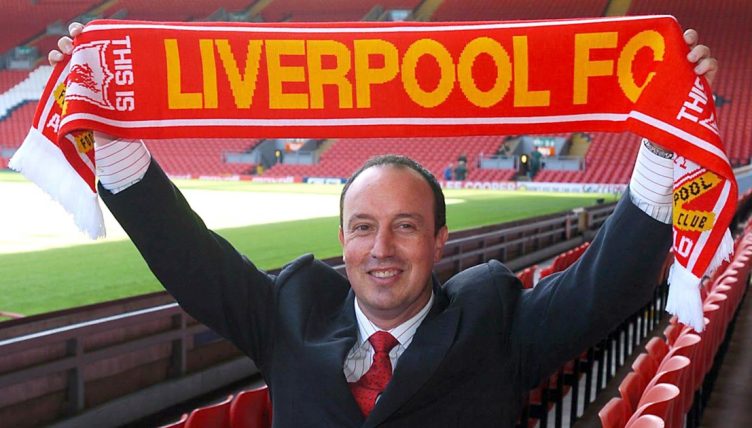 Rafa Benitez used 83 different players during his six years in charge of Liverpool – but can you name the 30 who played for him most?

Benitez arrived at Anfield in the summer of 2004, replacing Gerard Houllier after a disapointing couple of seasons.

Upon his unveiling, the former Valencia manager said: “I have come here to win, and my players have to have the same mentality.

“I am young, I want to win lots of matches and in the right way. I hope the players think like us that it is possible to win titles.

“I want the supporters to be proud of the team, of the manager, of the players, of the club.”

He ensured his place in Anfield folklore by leading his team to Champions League glory in his first season in charge.

The Reds also won the FA Cup in 2006 and reached the Champions League final again in 2007, but Benitez ended up leaving by mutual consent in the summer of 2010 – paving the way for Roy Hodgson’s short-lived spell in charge.

Liverpool didn’t win the Premier League under Benitez – finishing second in 2009 was the closest they came – but the Spaniard put together a strong team on Merseyside.

We’re asking you to name the 30 players Benitez called upon the most in the league. You’ve got 15 minutes to do so, with the total number of appearances they made under Benitez as your clue.

The score to beat from the Planet Football office is 24/30 but any Kopite worth their salt should be able to beat our tally.

If this puts you in the mood for another quiz, why not have a go at naming the Liverpool XI from Jordan Henderson’s debut in 2011?

NEXT QUIZ: Can you name every player to wear No.9 for Liverpool in the Prem?