Can you name Rangers’ XI from the 2008 UEFA Cup final vs Zenit? 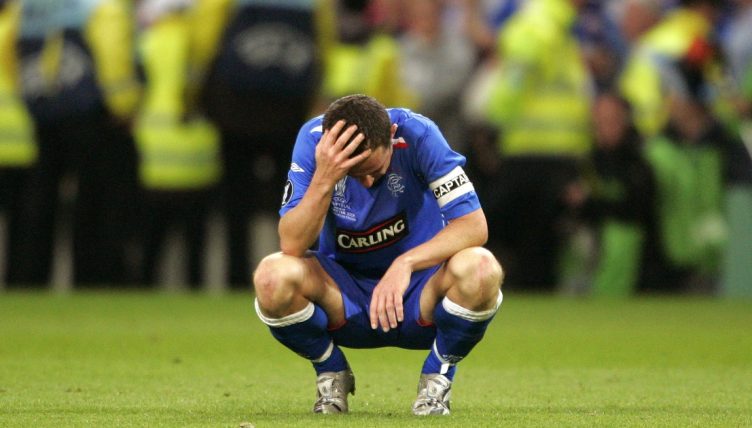 On 14 May, 2008, Walter Smith’s Rangers took on  Zenit Saint Petersburg in the UEFA Cup final at the City of Manchester Stadium. How well do you remember that team?

Rangers’ European adventure came to an end that night as they suffered a 2-0 defeat to the Russian champions, with the occasion remembered for the wrong reasons – riots in Manchester after the match.

Igor Denisov scored the opener for Zenit in the 72nd minute, and the result was confirmed when Konstantin Zyryanov added a second in the final seconds of injury-time. Former Rangers manager Dick Advocaat ended up lifting the trophy with the Russian side that night.

The Scottish giants had made it past Panathinaikos, Werder Bremen, Sporting Lisbon and Fiorentina to make it that far. They ended up finishing runners-up in the Scottish Premiership as well, but did beat Queen of the South 3-2 in the Scottish Cup final.

“It still rankles a wee bit that, when we were getting to that final, wee Dick’s team were getting a fortnight off to make sure they were fit for the final,” Smith reminisced years later.

“We were told it was lack of sporting integrity to ask for that.

“We had to play somewhere in the region of four of five games in a 10-day period beforehand and then play in a final on the Saturday after Manchester.”

But can you remember who featured for Smith’s Rangers that night? We’re asking you to name every member of Smith’s starting XI for that match. Our time to beat is 02:01.

If that gives you the taste for another challenge, why not try name every UEFA Cup and Europa League finalist since 1990?