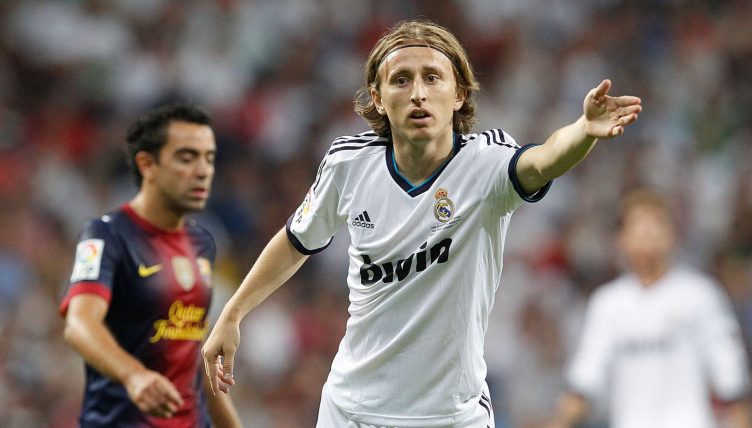 Luka Modric made his Real Madrid debut on 29 August 2012 in a Supercopa Clasico win against Barcelona – we want to find out how well you remember it.

Modric was signed from Tottenham for a fee of £ 30million and has gone on to become a true Real Madrid legend.

He has won five Champions League titles with Los Blancos and blossomed into one of the finest central midfielders of all time, even picking up the Ballon d’Or in 2018.

His incredible journey with the Spanish giants started against their bitterest rivals Barcelona in the second leg of the 2012 Supercopa at Madrid’s Santiago Bernabeu stadium, with the Croatian coming on as an 83rd-minute sub.

It was during the peak years of Clasico hatred and Madrid had lost the first leg 3-2 at Camp Nou, so the Bernabeu faithful were desperate to see a reaction from their team.

Madrid, then reigning Spanish champions, delivered. Jose Mourinho’s men scored twice in the first half to put themselves ahead on aggregate and even though Lionel Messi managed to pull one back for Barca, Madrid held on to win on away goals.

Most of Modric’s 2012-13 season would not be great as he underperformed and Jose Mourinho wreaked havoc, but he’d at least managed to bag some silverware in his first game.

Here, we want you to name the starting XI Mourinho sent out that night, and the time to beat from the Planet Football office is 01:24.

If this puts you in the mood for more Madrid-related trivia, then have a go at naming all 25 players Los Blancos have signed from the Premier League.