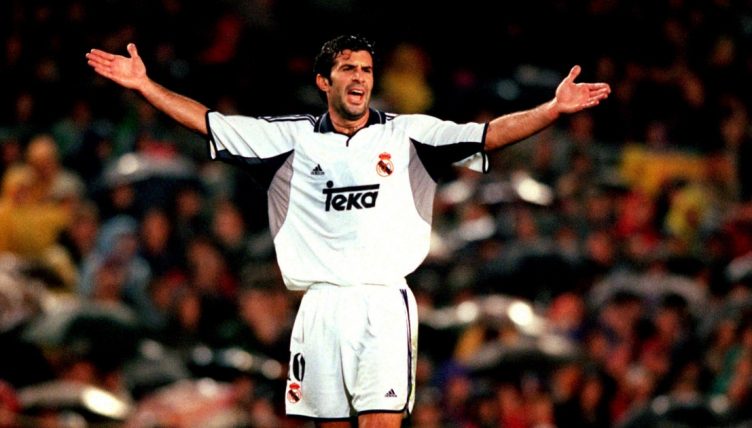 On October 21, 2000, Luis Figo made his return to the Camp Nou in his first match against his former club Barcelona since his controversial move to arch-rivals Real Madrid.

It’s a game that’s gone down in the folklore of Spanish football, with Barcelona fans holding up banners and jeering Figo – not to mention throwing a baby pig’s head at him as he went to take a corner.

The question is – how well do you remember it? We’re asking you to name Real Madrid’s starting XI that night, on which they lost 2-0 to Barcelona, with goals from Luis Enrique and Simao.

We’ve given you Figo for free, with him featuring on the right side of attack, but what about the 10 others that Vicente del Bosque lined up with?

If you fancy another challenge after this one, why not have a crack at naming the 25 players Real Madrid have signed from the Premier League?

NEXT QUIZ: Can you name Madrid’s top ‘not CR7’ scorer every season since 2000?