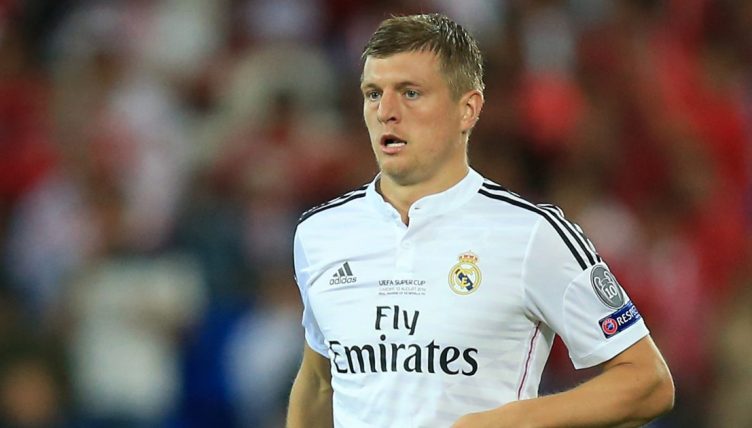 In his near-decade at Real Madrid, Toni Kroos has become a club legend, winning numerous trophies and putting in hundreds of outstanding performances. But can you remember the starting line-up from his Madrid debut?

Kroos came through at Bayern Munich, making a name for himself in the team that won the Champions League under Jupp Heynckes in 2013 and becoming a central part of the Germany team that won the World Cup a year later.

The midfielder moved to Madrid at the behest of Carlo Ancelotti that same summer and made his debut in August in the UEFA Super Cup in Cardiff, where Madrid played serial Europa League winners Sevilla.

Ancelotti’s team, who had won Madrid’s tenth European Cup a few months earlier, comfortably overcame their La Liga rivals, winning 2-0 with a goal either side of half-time from a man who, at that time, seemed to score twice in every game he played.

Kroos has since gone on to make himself a Madrid great, winning three European Cups as well as two Spanish titles in the famous white strip.

But what we want you to do here is name the team that Ancelotti sent out to start that game in the Welsh capital back in 2014.

If you’re after another challenge once you’ve completed this, why not have a go at naming every player to score in El Clasico in the 2010s?

You’ll need to sign up to Starting 11 below to play the quiz and completing it will also put you on our weekly Starting 11 leaderboard. You can access the leaderboard via the dropdown menu on the quiz below. The time from the office to beat is 01:10.