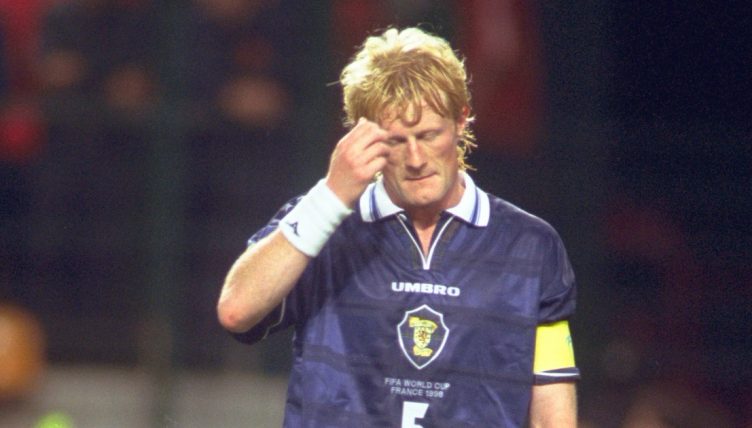 A generation of Scottish football fans have grown up without seeing the Tartan Army at the World Cup. France 98 was the last one they were at – can you remember the side that made it there?

Things started promisingly enough for Craig Brown’s men. They were defeated 2-1 by tournament favourites Brazil in the opening game but put in a competitive performance against Ronaldo and co with a desperately unlucky own goal ultimately proving the difference.

Scotland then kept their hopes of progressing to the knockout rounds alive with a hard-fought 1-1 draw against Norway, only to see them dashed emphatically with a 3-0 defeat to Morocco in Saint-Etienne.

We want you to name the starting XI that Brown picked against Morocco – over two decades later, it still remains their last World Cup outing.

If this gives you the taste for another challenge, why not have a go at naming the 30 Scottish players to have made the most Premier League appearances?

You’ll need to sign up to Starting 11 below to play the quiz and completing it will also put you on our weekly Starting 11 leaderboard. You can access the leaderboard via the dropdown menu on the quiz below. The time from the office to beat is 06:26.