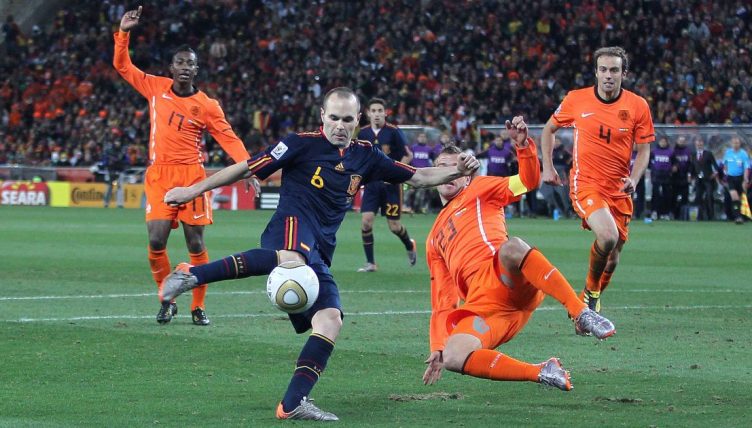 On July 11, 2010, Spain secured their status as one of the greatest international sides in history with a 1-0 victory over the Netherlands in the World Cup final in Johannesburg.

Vicente Del Bosque had a strong core of players, with legendary players in almost every position, and we’re asking you to try name each and every one of them.

We suspect you’ll remember who scored the match-winning goal, deep into extra time, but how well do you know the 10 others that Del Bosque named in his starting line-up?

“I felt really strong, very confident,” the match-winner later reminisced, describing the greatest moment of his career and the most iconic strike in the history of Spanish football.

“I wanted the ball, I wanted to be decisive, if there was a player in front of me I wanted to go past him. I felt the confidence to be decisive and that’s how it turned out. I’ve watched the game again and I got better as it went on.”

The time from the office to beat is 00:33. If you fancy another challenge after this, why not try and name the Barcelona XI that famously beat Real Madrid 6-2 in 2009?