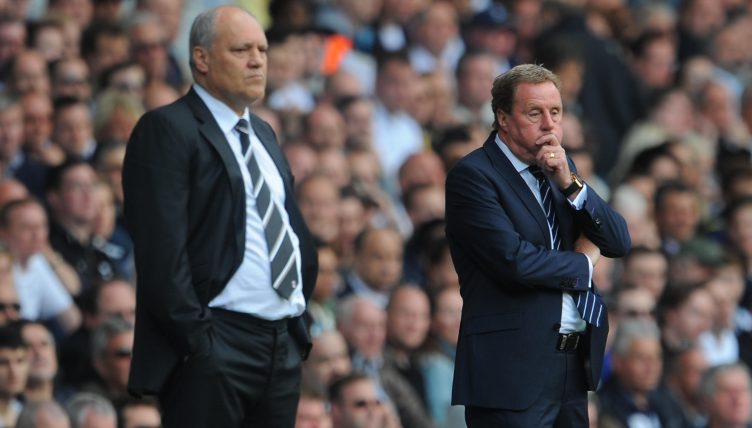 On May 13, 2012, Harry Redknapp took charge of the last game of a successful spell at Tottenham – a 2-0 win over Fulham that secured a second top-four finish in three years.

And Redknapp was sacked in June after failing to agree a contract extension but we can’t help thinking the collapse in league form over the spring failed to strengthen his hand in negotiaitons.

Redknapp’s spell was exciting, with Spurs playing front-foot football and reaching the latter stages of European competition, beating both Milan clubs in matches that Tottenham fans will remember forever.

What’s more remarkable is the fact Spurs were bottom of the league with two points from eight matches when ‘Arry took the reins at White Hart Lane. We’re not sure if he’s ever mentioned it.

Here, we want you to remember how it all ended.Jermain Defoe came off the bench to complete the win over Fulham in the second half – but can you name the starting XI Redknapp sent out? The time to beat from the office is 02:25 which any diehard Spurs supporter will back themselves to beat.

If you’re after another challenge after this one, why not try naming every player to score a Premier League hat-trick for Spurs?

NEXT QUIZ: Can you name the top 13 goalscorers in PL north London derbies?