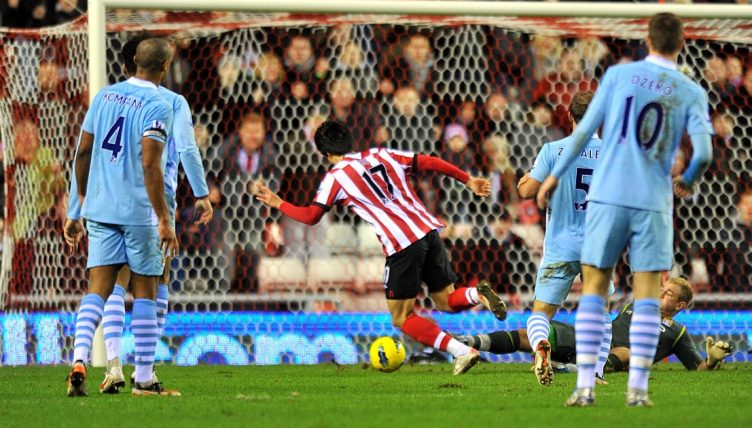 On New Year’s Day 2012, Sunderland produced one of the greatest smash-and-grabs in Premier League history with a 1-0 victory over Manchester City.

City went into the new year top of the table, and eventually claimed the title in the dying seconds on the final day, but they dropped three costly points with a shock defeat on Wearside.

Martin O’Neill’s relegation-battling Black Cats produced a fine backs-to-the-wall defensive display at the Stadium of Light, registering just 31% possession, and got their reward in the 93rd minute when substitute Ji Dong-Won scored a last-gasp match-winner totally against the run of play.

We’re asking you to name the starting line-up that O’Neill went with on that occasion. We’re expecting strong scores from Sunderland fans – this was one of the club’s most iconic wins of the Premier League era, and proved a pivotal turning point on their way to survival that season.

The time to beat from the office is 04:12. And if you’re looking for another challenge after this, why not have a go at naming every team to win promotion to the Premier League?