Can you name Sunderland’s Xl from the infamous beach ball win v Liverpool? 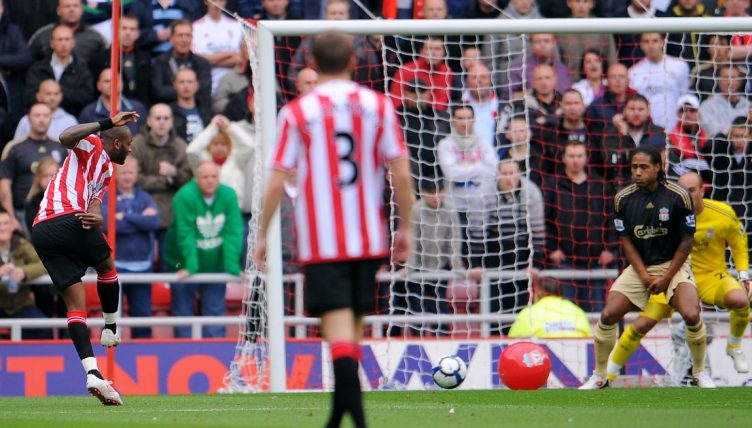 On October 17, 2009, Sunderland beat Liverpool 1-0 following one of the most hilarious moments in Premier League history.

A fifth-minute strike looked to be heading into Pepe Reina’s gloves, only for the shot to take a deflection off a beach ball before nestling in the back of the net.

Despite complaints from the Liverpool players, the goal was given by the referee and Sunderland held on for a famous win at the Stadium of Light.

We suspect you’ll remember who was credited with the goal, but how well do you know the 10 others than Steve Bruce named in his starting line-up?

If this gives you a taste for another quiz, why not try naming Sunderland’s top 15 Premier League scorers in history?

Good luck, and don’t forget to tweet us your scores @planetfutebol. The score from the office to beat is 9/11.