Can you name Swansea City’s XI from the 2013 League Cup final? 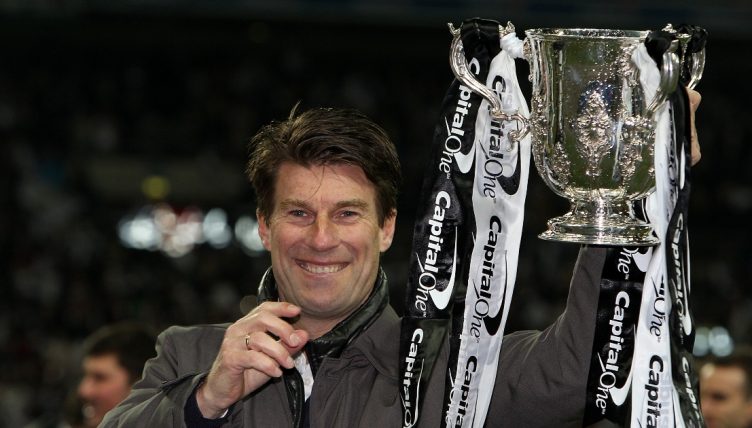 On February 24, 2013, Swansea City lifted the League Cup after smashing Bradford City 5-0 in the final at Wembley. Can you remember that side?

League One side Bradford had worked miracles to make it all the way to the final, but their fairytale ended courtesy of a brutally ruthless performance from Swansea.

We’re asking you to name Michael Laudrup’s starting XI for the occasion. It’s a side that many remember fondly, littered with Premier League cult heroes, so we’re expecting strong scores.

If you’re looking for another challenge after this, why not have a go at naming every team to win promotion to the Premier League?

You’ll need to sign up to Starting 11 below to play the quiz and completing it will also put you on our weekly Starting 11 leaderboard. You can access the leaderboard via the dropdown menu on the quiz below. The time from the office to beat is 03:34.

Can you name the top League Cup scorer from every season since 2005?