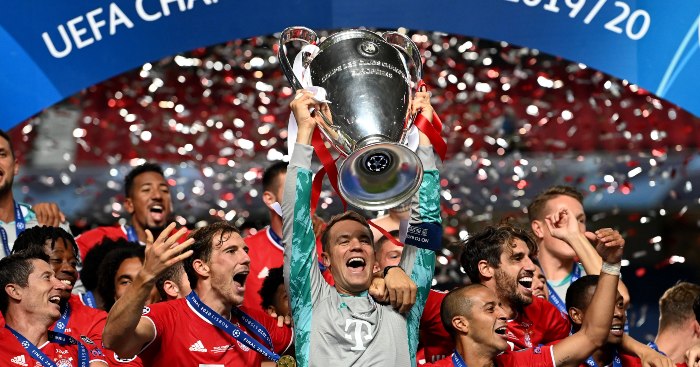 PSG became the 41st club to appear in a European Cup/Champions League final when they reached the 2020 showpiece – but how many of the other clubs can you name?

We’re going back before the competition’s rebranding in 1992, here. Apparently football actually started before then; who knew?

You’ve got 10 minutes to name them all, and the number of finals each club has appeared in given as a clue. For another hint, we’ve arranged them by country.