Can you name the Arsenal & Chelsea XIs from the 2017 FA Cup final? 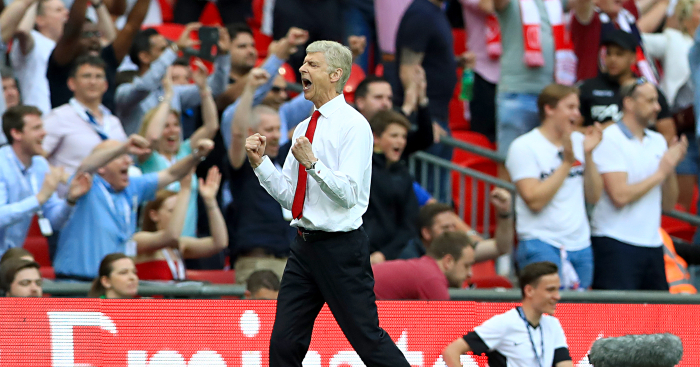 Arsenal seemed in control for much of the game after taking an early lead before Chelsea were reduced to 10 men in the second half.

But Chelsea, having just been crowned Premier League champions, equalised, only for Arsenal to grab the winner shortly afterwards.

We’re challenging you to name both starting XIs from that day. Good luck, and don’t forget to tweet us your scores @planetfutebol.

First up is the Arsenal XI. If you have any issues with the quiz, try playing it on the Starting 11 website.

Now here’s the test of the Chelsea XI. If you have any issues with the quiz, try playing it on the Starting 11 website.