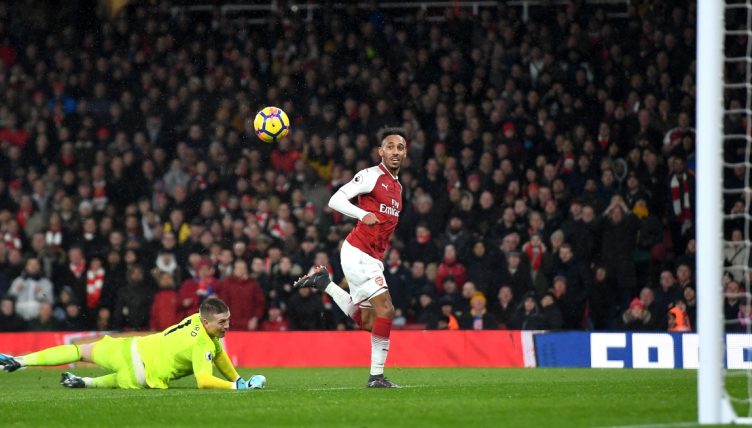 Pierre-Emerick Aubameyang was the lastest major signing of Arsene Wenger’s tenure as Arsenal manager and he certainly had a debut to remember – but can you name the rest of the Arsenal XI from that 5-1 win over Everton in February 2018?

Aubameyang cost a club-record £56million from Borussia Dortmund and Wenger was hopeful that the striker could have a big impact at the Emirates.

“At the moment we aren’t efficient enough going forward, and hopefully I’m convinced he will bring us that,” the Arsenal boss said at Aubameyang’s unveiling. “He has a big challenge in front of him, he wants to win the Premier League.

“Overall, I believe he is welcome and that is absolutely good news for us.”

While Aubameyang didn’t win the Premier League, his two goals against Chelsea in the 2020 FA Cup final ensured Mikel Arteta’s first piece of silverware as the club’s manager.

His time at Arsenal may have ended acrimoniously but the Gabon international was the toast of the Emirates following his goalscoring debut against a hapless Everton.

Sam Allardyce’s side were already well-beaten when Aubameyang raced through and lifted a delicate chip over England goalkeeper Jordan Pickford.

We want to know who else lined up for Arsenal that day and the time to beat from the Planet Football office is 01:13.