Can you name the England XI that qualified for the 1998 World Cup? 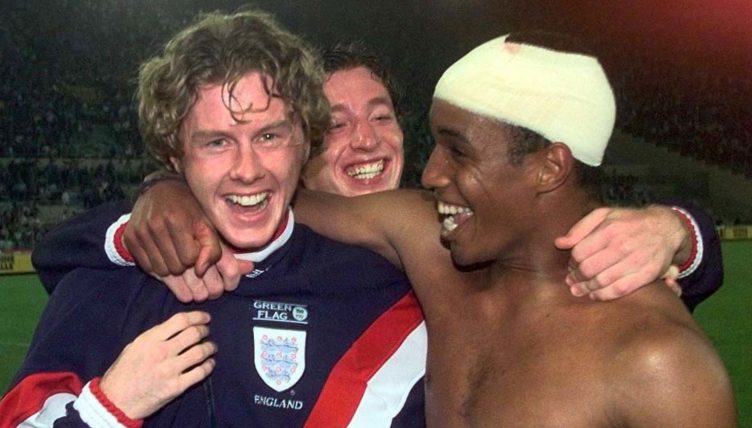 England qualified for the 1998 World Cup after holding Italy to a memorable goalless draw in a hostile Stadio Olimpico – but can you remember the starting XI Glenn Hoddle named for the crunch match in Rome?

After failing to qualify for the 1994 tournament in the United States, England were desperate to make the finals in France but faced a tough qualifying group including Italy and Poland.

And, after losing to the Italians at Wembley, Glenn Hoddle’s side did well to put themselves in pole position to win the group and qualify automatically for the first 32-team World Cup.

Needing to avoid defeat in Rome, Hoddle picked an experienced side and got his tactics spot on – England played more like the Italians than Italy themselves in a masterclass of defensive competence.

But fans across the nation had their hearts in their mouths when, seconds after an England striker had hit the post, Christian Vieri sent an injury-time header inches wide.

The final whistle was greeted with raucous celebrations by those of an English persuasion and hopes were high that they could win the 1998 World Cup.

We know that never happened but that cannot take away from an immense performance against one of international football’s true heavyweights – but can you name the starting XI from that famous night in October 1997?

Hoddle’s side lined up in 3-5-2 formation and the score to beat from the Planet Football office is 00:45. Good luck beating our score.

If this puts you in the mood for another challenge, why not try and name England’s XI from their defeat to Iceland at Euro 2016?

READ MORE: Can you name every member of England’s 1998 World Cup squad?