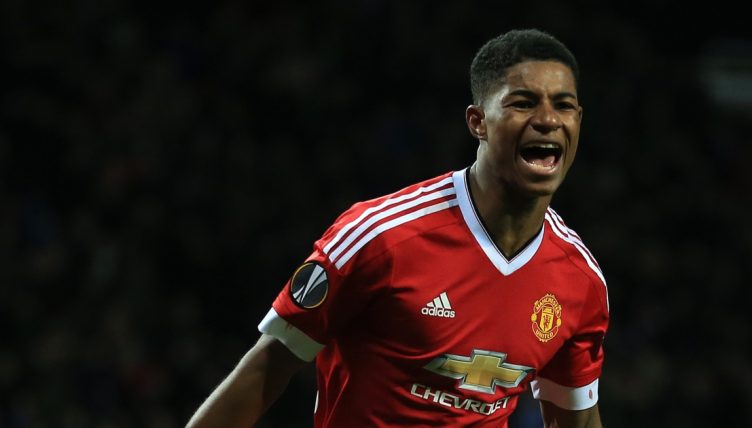 Marcus Rashford is a national treasure.

After breaking into the Manchester United starting XI under Louis van Gaal, Rashford quickly established himself as one of the most exciting attackers in world football.

Blessed with pace, skill and the cold-bloodedness of an assassin, the Wynetnshawe-born striker soon became a regular in the England squad and ascended to national treasure status with his charity work in awareness of hungry children.

What’s often forgotten is Rashford only made his Manchester United debut because of an injury to Anthony Martial in the warm-up before the Europa League match against Midtjylland.

Taking advantage of his fortune, the 18-year-old scored twice in United’s 5-1 victory and netted another double in their Premier League match against Arsenal three days later.

A star was born. It’s one of the biggest sliding door moments in English football’s recent history.

But we’re asking you to name the United XI that played on that February night against Midtjylland. As you’d expect, it’s a mixture of established names and ones that will leave you scratching your heads.

If this gives you the taste for another quiz, have a crack at naming every £10m+ player Sir Alex Ferguson signed for Man Utd?