Can you name the shirt sponsors for these classic football shirts? 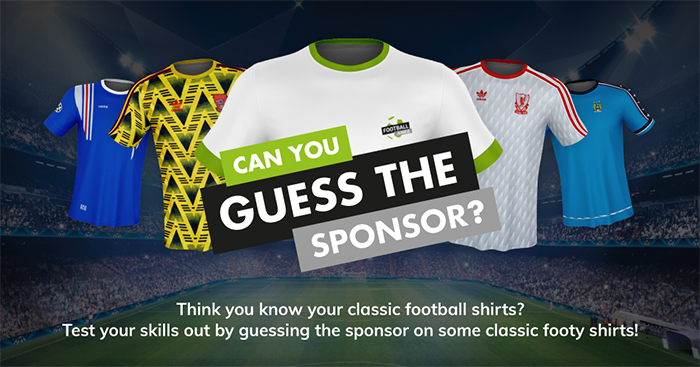 A shirt is often as memorable because of its sponsor as its design – but can you remember the brands who adorned the front of these 10 shirts from the 1980s, 90s and 2000s?

In a poll commissioned by football betting website FootballJunkie.co.uk, fans have voted the shirt England wore in the 1966 World Cup final as the greatest of all time.

We can get on board with that, but what we absolutely refuse to accept is that Arsenal’s famous bruised banana shirt is the worst shirt of all time. The only logical explanation is that the 2,000 fans polled were all Spurs fans – and even then we’d be disappointed they couldn’t swallow their pride and admit it’s an absolute classic.