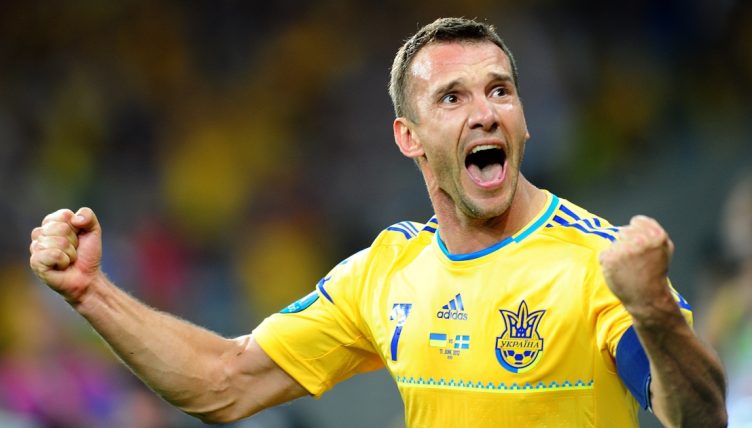 Euro 2012 must feel like a distant memory for the people of Ukraine.

Ten years before their country was ravaged by war, Ukraine co-hosted the European Championship with neighbours Poland with the renovated Olympic Stadium in Kyiv chosen to host the final.

Hopes of a positive showing from the co-hosts were dashed after Ukraine were drawn in a tough group alongside England, France and Sweden – but they started their tournament in the best possible manner.

After a goalless first-half against Sweden in their opening game, with the stadium resembling a giant bowl of custard, Ukraine fell behind to a Zlatan Ibrahimovic strike.

But Oleg Blokhin’s side staged a rousing comeback and two goals from their legendary striker secured Ukraine’s first-ever win in a European Championship finals match.

Defeats against France and England meant Ukraine were eliminated in the group stages but their 2-1 win against Sweden became the defining memory of the tournament for Ukrainians.

We’re asking you to name their starting XI from that warm June evening in Kyiv. Blokhin picked an attacking 4-4-2 formation that was packed with technically-gifted ball players and some familiar faces for Premier League fans.

If this gives you the taste for another quiz, have a crack at naming the 12 top goalscorers in the history of the Euros?