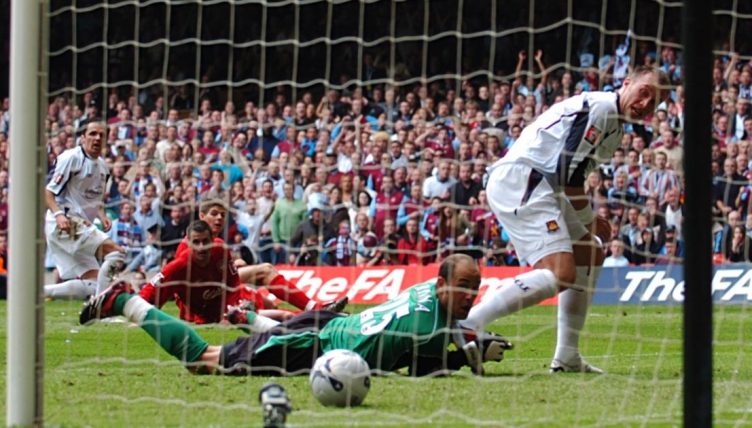 The 2006 FA Cup final against Liverpool will live long in the memory of West Ham fans, if not for all the right reasons. But can you name the starting XI that Alan Pardew sent out in Cardiff?

The game at the Millennium Stadium was a true thriller. A Jamie Carragher own goal put the Hammers in the lead after 21 minutes and the game burst into life from there.

Pardew’s men made it 2-0 before Djibril Cisse pulled one back and Steven Gerrard levelled things up. Then West Ham took the lead again, but a brilliant Gerrard goal meant Hammers’ cup dreams faded and died right at the end.

Liverpool went on to win the shootout and take the glory, but forget about that and concentrate on naming the line-up that started the game in West Ham’s white away shirt.

If you feel like taking on another brain teaser after completing this, why not have a go at naming every player to score 10 or more Premier League goals for West Ham?

You’ll need to sign up to Starting 11 below to play the quiz and completing it will also put you on our weekly Starting 11 leaderboard. You can access the leaderboard via the dropdown menu on the quiz below. The time from the office to beat is 03:08.