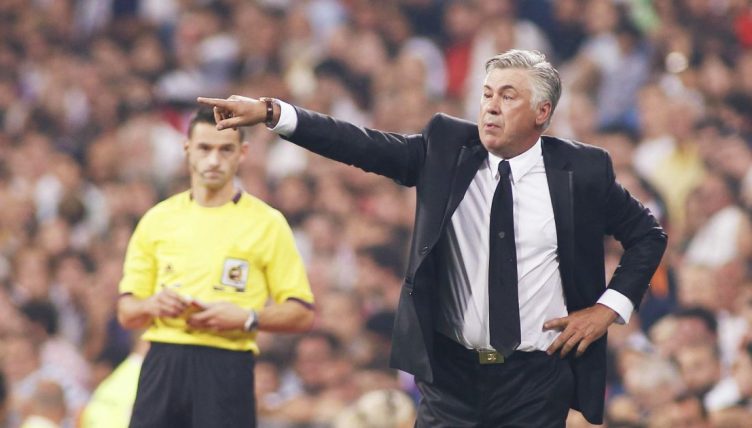 Carlo Ancelotti has achieved a huge amount as the manager of Real Madrid, but can you remember the starting XI he sent out in his first league game as Los Blancos’ manager, a 2-1 victory over Real Betis in August 2013?

Ancelotti has gone on to enormous success with Real Madrid since joining them for the first time in 2013.

In his first spell there, he won the club’s fabled 10th European Cup – La Decima – as well as the Copa del Rey, UEFA Super Cup and Club World Cup. Since returning in 2021, he has won his first La Liga title and could even lead them to more European success.

But what of those early days as Madrid boss? After Ancelotti’s arrival, Madrid broke the transfer world record to take Gareth Bale to the Spanish capital and kick-start their 2013-14 campaign after a difficult and acrimonious final season under Jose Mourinho.

In Ancelotti’s first La Liga game in charge, Madrid faced Betis at the Santiago Bernabeu. Bale didn’t play but another debutant chipped in with a goal and assist to help his new side to a 2-1 win.

What we want you to do is name that debutant and his 10 team-mates that started the game on August 18 2013.

The score to beat from our office is 02:28 and we expect a fair few of you – especially Madridistas – to better that mark.

This quiz will undoubtedly give you a taste for more, so once you’ve completed it, have a crack at naming the 25 players Real Madrid have signed from the Premier League.