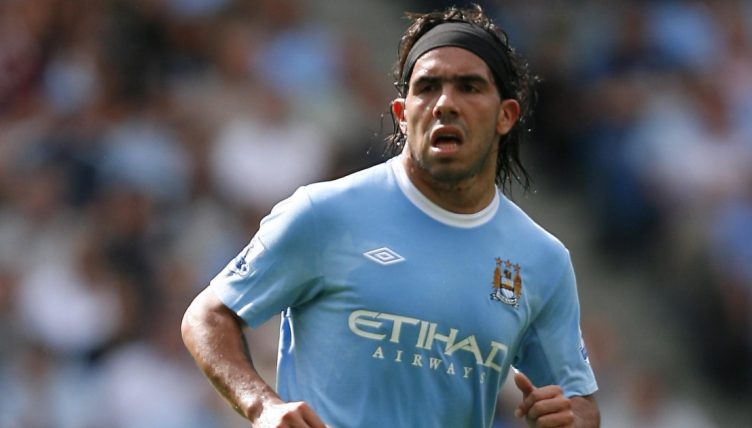 Carlos Tevez created plenty of headlines when he swapped Manchester United for Manchester City in 2009 – but can you name the City XI from his debut for the club?

Tevez had entered English football at West Ham three years earlier, helping them avoid relegation despite a blaze of controversy over the nature of his signing.

But that didn’t deter United from purchasing the player in 2007 and Tevez helped Sir Alex Ferguson’s side win two Premier League trophies and the Champions League in 2008.

Despite his success at Old Trafford, Tevez was unhappy at United’s reluctance to offer him a new contract and, after protracted negotiations, joined the upwardly mobile City in a transfer that inspired Ferguson’s famous ‘noisy neighbours’ quip.

The former Argentina international produced arguably the best form of his career at City, scoring 73 goals in 148 appearances and becoming a talisman during the club’s rise from mid-table mediocrities to the dominant force in English football.

Tevez would score 29 goals in his first season at City, winning the club’s Player of the Year award, but he made his debut from the substitutes bench during a 2-0 win at Blackburn in August 2009.

Here, we want you to name the starting XI named by City manager Mark Hughes that afternoon. The score to beat from the Planet Football office is 01:23.