Can you name Chelsea’s XI from the 1998 UEFA Cup Winners’ Cup final? 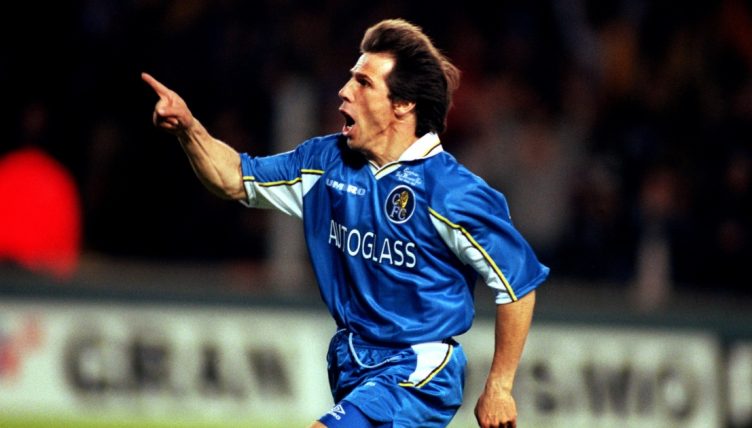 On 13 May, 1998, Chelsea beat Stuttgart 1-0 at the Rasunda Stadium to claim the UEFA Cup Winners’ Cup for the second time in their history. But how well do you remember the game?

Chelsea, who had previously lifted the trophy in 1971, qualified for the 1997-98 tournament after winning the 1997 FA Cup final.

After beating Slovan Bratislava, Tromso and Real Betis in the first three rounds, they then recorded a 3-2 aggregate win over Venezia in the semi-finals to reach the final in Stockholm.

The Blues dominated possession against Stuttgart but both sides squandered opportunities to break the deadlock during the opening 70 minutes.

Gianfranco Zola, who couldn’t start the game due to an injury, came off the bench in the 71st minute and scored the winning goal with his first touch.

“It wasn’t planned,” Zola said after the game. “In the moment, I used my positive strength and I got a reward for the passion, the work not only I, but the masseur Mimmo Pezza did together in Rimini.

“The injury should take one month to heal, Mimmo Pezza helped me be fit in less than half that. I thank this man for a beautiful moment which will be in my heart for as long as I can remember.”

We now want you to name the XI that Chelsea’s player-manager sent out to start the match. The time from the office to beat is 03:51.

If this puts you in the mood for another quiz, then try and name Chelsea’s XI from the 2010 FA Cup final vs Portsmouth.