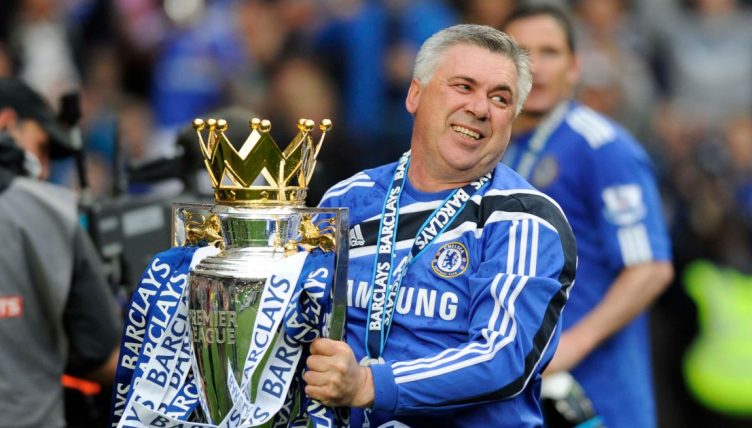 Chelsea sealed their third Premier League title with an 8-0 win over Wigan on the final day of the 2009-10 season. But how well do you remember that game?

Chelsea went into the final game just one point ahead of Manchester United, who had won the last three Premier League titles.

Carlo Ancelotti’s side eased any nerves inside Stamford Bridge by breaking the deadlock inside the opening six minutes. They then doubled their lead from the penalty spot in the 35th minute after Wigan’s Gary Caldwell was sent off.

The Blues scored two goals in quick succession at the start of the second half before their No.11 netted a hat-trick to win the Golden Boot. A 90th-minute goal from Chelsea’s left-back made it 8-0 and Chelsea then began celebrating their title win.

“Seeing them [United] win it has been hard, but it’s ours again today,” Chelsea’s captain said after the game. “It’s been an up and down year, really tough, but we deserve it.

“Nothing could have made me more determined to win the trophy – I’ve been hurting inside for three years seeing United with it, and every one of us was sitting there feeling the same thing. It’s their turn to sit and watch today.”

Chelsea then completed a domestic double by beating Portsmouth in the FA Cup final, but we’re asking you to name Ancelotti’s XI from that win over Wigan. The time to beat from the Planet Football office is 00:45.

If you fancy another challenge after this one, try to name the 35 players with the most Champions League games for Chelsea?