Can you name Tottenham’s XI from David Ginola’s debut in 1997? 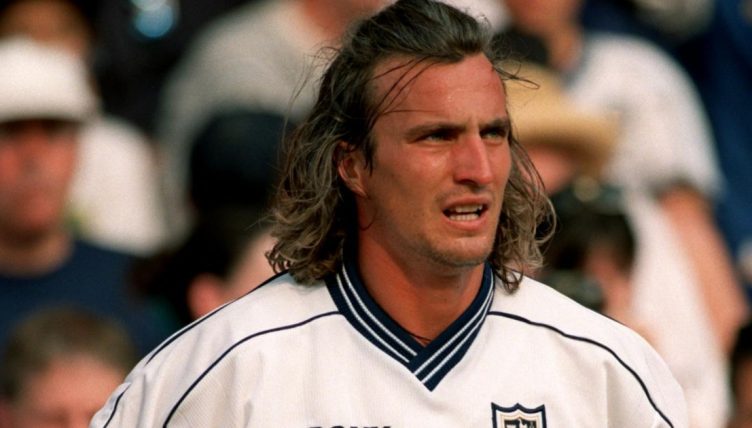 David Ginola signed for Tottenham on July 15 1997 for £2.5million and proved he was worth it time and again over the following three seasons. Here, though, we want you to cast your mind back to his Spurs debut against Manchester United.

Ginola was already 30 when he moved to north London but he was coming off the back of two fine seasons with Newcastle and only got better at White Hart Lane.

He scored some wonderful goals in Lilywhite, including a famous FA Cup strike against Barnsley and a similarly impressive effort against Watford in the Premier League.

And in 1999, Ginola scooped the PFA and FWA Player of the Year awards, becoming the first player to win the gongs having finished outside the Premier League’s top four.

In 2021, he told FourFourTwo: “To win [Player of the Year] at 32 years old was an explanation to people who said David is more focused on his modelling or advertising for L’Oreal.

Touche, David. Forget shampoo for a second though. Here, we want you to think back to the halcyon days of Ginola’s Spurs debut. Gerry Francis and his silky smooth mullet in the dugout, ‘Pony’ stamped on players’ chests, loads of great big pillars blocking your view at White Hart Lane.

In fact, it was an inauspicious start for monsieur Ginola, with Spurs losing 2-0 to Manchester United at home on the opening day of the 1997-98 campaign. Still, we want you to name the starting XI Francis sent out that day.

The time to beat from the office is 00:38, and if this give puts you in the mood for another Tottenham brain-teaser, then have a go at naming Spurs’ top 30 Premier League goalscorers.