Can you name all 12 clubs Djibril Cisse played for in his career? 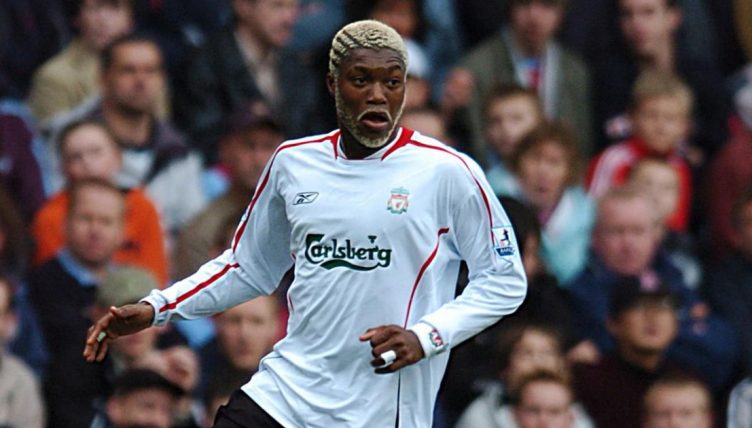 Djibril Cisse enjoyed a nomadic career, playing in France, England, Italy, Russia and Greece and scoring more than 250 goals in the process. But can you remember all 12 of the professional clubs he played for?

Cisse first burst into the English football consciousness when he moved to his first Premier League club for a club-record fee from his native France in 2004.

In that first stint in England, he suffered a horrendous leg break early on but came back to win two major trophies, even scoring in a cup final. While at that club, he also famously became Lord of the Manor of Frodsham – a title that came with the Cheshire mansion he acquired.

Cisse then moved back to his homeland, but would later have two more spells in the English top flight, which came between his stints winning trophies in Greece, struggling in Italy, and earning a few quid in Qatar.

The ever-entertaining forward finally rounding things off with six months in Russia, a year and a half back in France and a very, very brief spell in the Reunion Premier League (we’ll be impressed if anyone can name that club).

Cisse announced his retirement in 2015 but came back in 2017-18, playing his final professional season in the Swiss third tier.

What we want you to do here is name all 12 of the professional clubs Cisse represented between his debut in 1998 and his final appearance in 2018.

We’ve given you some of the countries he played in to help jog your memory already, but we’ve also provided the years he played for the clubs. This one ain’t easy.

When you’ve finished this, you’ll doubtless be hankering after another quiz, so have a go at naming every Premier League player to score 10 or more goals in 1998-99.