Can you name England’s XI from the Hand of God loss to Argentina in ’86? 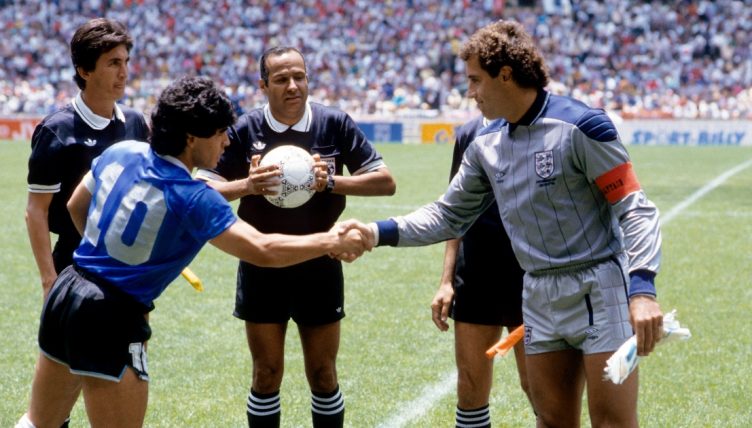 On June 22, 1986, England and Argentina played out one of the greatest games in World Cup history at the Estadio Azteca, Mexico City.

Eventual champions Argentina won the match 2-1 thanks to an unforgettable performance from Diego Maradona, who scored both goals, but can you remember who played for England that day?

In the space of five second-half minutes, Maradona scored two of the sport’s most iconic goals.

The second would later come to be known as the ‘goal of the century’, often cited as the greatest in history. Maradona dribbled 60 yards, beating multiple England players before making no mistake with his finish past the goalkeeper.

“The first goal was a disgrace. It was handball, and it was a dreadful mistake, but the second goal was a miracle,” England manager Bobby Robson said following the defeat.

A certain striker got one back for England in the 81st minute, and they subsequently came agonisingly close to levelling things up, but Argentina held onto their slender lead.

What we want is for you to name the 11 players that made it onto Robson’s Three Lions teamsheet at the Azteca. The time from the office to beat from this one is 01:18.

If you’re after another challenge after this one, why not try and name every member of England’s 2002 World Cup squad?