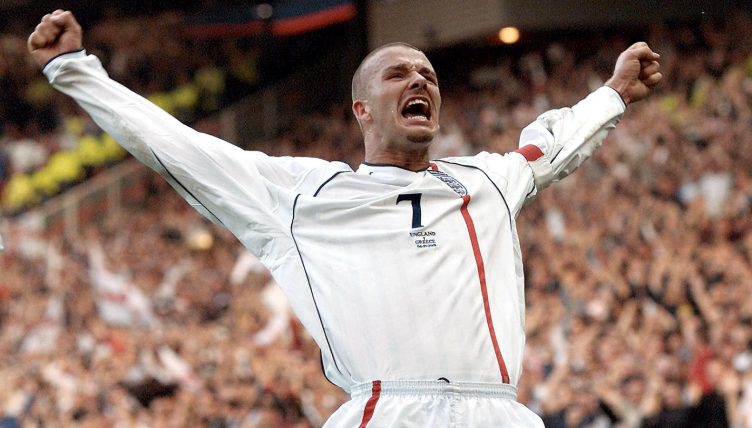 On October 6th, 2001, David Beckham produced an individual performance for the ages to send England to the 2002 World Cup in Japan and South Korea. Can you remember who else featured in their starting XI that day?

You could be forgiven for thinking it was a one-man show, so we’re giving you Beckham for free, but 10 others featured on Sven Goran Eriksson’s teamsheet. We’re asking you to name those that started.

Substitute Teddy Sheringham had already got England on level terms once, but they were facing the daunting prospect of a play-off as the clock ticked deep into injury time. Demis Nikolaidis had put Greece ahead for a second time midway through the second half at Old Trafford.

That same afternoon, Germany had failed to beat Finland, leaving top spot in the group up for grabs. A point would be enough for England, but they appeared to have spurned their chance as they went into the dying seconds 2-1 down.

Enter Beckham, a belting right-footed strike, and one of the most famous free-kick goals in history.

“That goal against Greece [to take England into the 2002 World Cup] sends shivers down my spine every time I think about it,” Terry Butcher later recalled.

“He took responsibility as a footballer and is a great role model.”

But can you remember the other players Beckham so brilliantly overshadowed that day? Our time to beat for this one is 00:58. If this puts you in the mood for another Three Lions-related test, why not try naming every member of England’s squad for the 2002 World Cup?

NEXT QUIZ: Can you name the England XI that qualified for the 1998 World Cup?