Can you name England’s XI from the 2-0 win over Scotland at Euro 96? 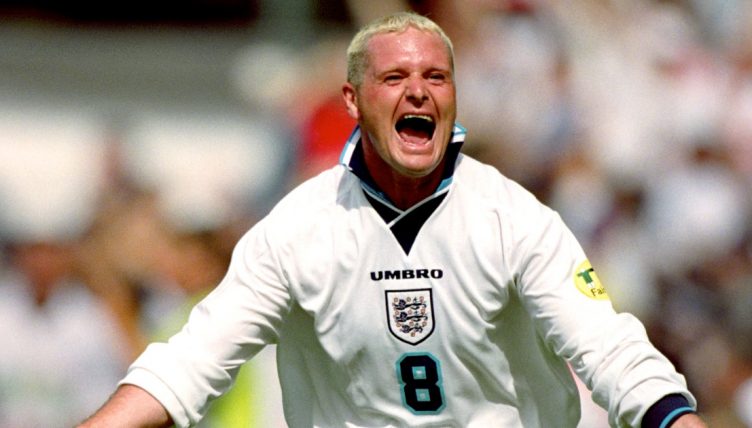 On June 15, 1996, Wembley played host to one of the most iconic wins in England history as Terry Venables’ Three Lions ran out 2-0 winners against historic rivals Scotland.

We’re asking you to name the starting XI that Venables opted for in England’s group stage clash against a Scotland side that featured the likes of Colin Hendry, Gary McAllister and Ally McCoist.

You’ll probably know the England legend pictured above, given his goal – England’s second to seal the result in the 79th minute – is among the best and most famous goals in the national team’s history, with the added bonus of an unforgettable celebration.

“Everybody loved it,” recalled Venables two decades later in an interview with Sky Sports.

“Even 20 years on people stop me in the street to talk about it and I still keep in touch with most of the people involved.”

England would go on to reach the semi-finals on home soil, agonisingly exiting the competition after a penalty shootout defeat to eventual champions Germany. Venables left his post at the end of the tournament.

The time to beat from the Planet Football office is 00:41. If you’re after another challenge after this, why not have a go at naming every member of England’s 2002 World Cup squad?