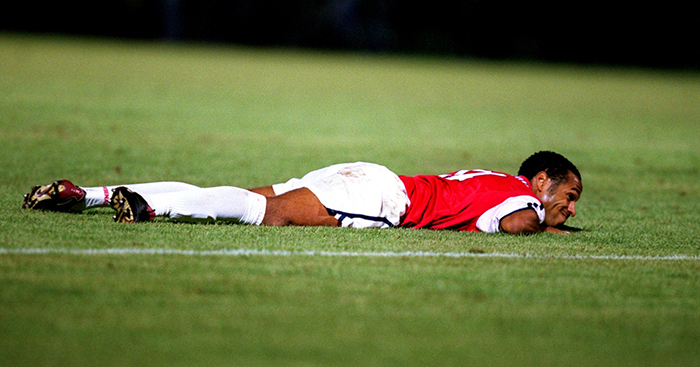 Back in 2017 we were tearing our hair out trying to name 50 footballers from a series of ridiculously tough visual clues – and now we’re back there all over again trying to name these 30 Arsenal players.

Produced by the same people behind the first quiz – and the World Cup edition in 2018 – we can’t quite decide whether at least knowing this lot all played for Arsenal makes it easier or harder than its two predecessors.

But what we do know for certain is that, even if you’re an Arsenal fan, you’re going to need a lot of time and help to get this finished.

You can play the game below, but we recommend going directly to betfair.find50.co.uk/arsenal to view it in full-screen mode.

Once you’ve wasted as much of your working day on this as you can possibly get away with, tweet us your scores @planetfutebol.