Can you name France’s XI from the 2006 World Cup final v Italy? 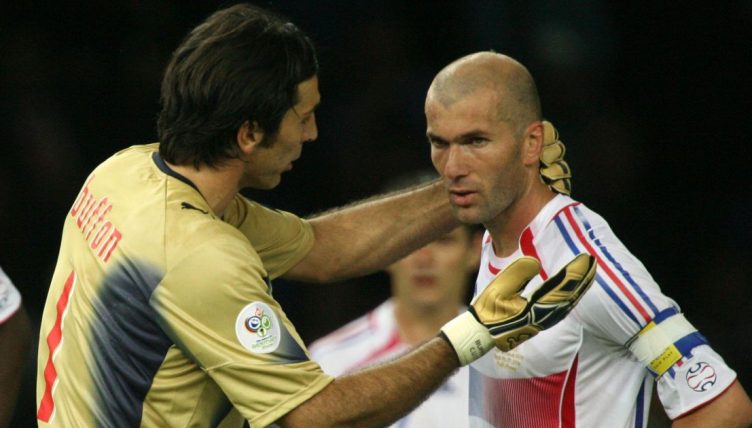 France faced Italy in the World Cup final on July 9 2006 at Berlin’s Olympiastadion in one of the most memorable games of all time. But can you name the French starting XI from that fixture?

Let’s face it, this final is, from a French perspective at least, most memorable for the wrong reasons.

While they put up a strong showing in normal time, holding Italy to a 1-1 draw in an enthralling battle of a football match, extra-time saw a Gallic implosion.

In a moment that has become truly iconic, Les Bleus’ legendary captain got sent off for headbutting Marco Materazzi after Materazzi had offended the French star’s sister.

In 2020, Materazzi told AS: “There had been a bit of contact between us in the area.

“He had scored France’s goal in the first half and our coach [Marcello Lippi] told me to mark him. After that first brush between us, I apologised but he reacted badly.

“After the third clash, I frowned and he retorted: ‘I’ll give you my shirt later.’ I replied that I’d rather have his sister than his shirt.”

The French then lost on penalties, with their captain, who had scored from the spot in normal time, unable to take one. It was Italy’s moment in the sun and it earned them their fourth World Cup trophy.

What we want you to do here, though, is name the 11 players that France boss Raymond Domenech sent out to start that final in Berlin.

The time to beat from the office is 00:32 and if this puts you in the mood for another quiz, then try naming every player to win the World Cup and Champions League.

Can you name France’s XI from the ’98 World Cup final victory vs Brazil?