Can you name France’s XI from the ’98 World Cup final victory vs Brazil? 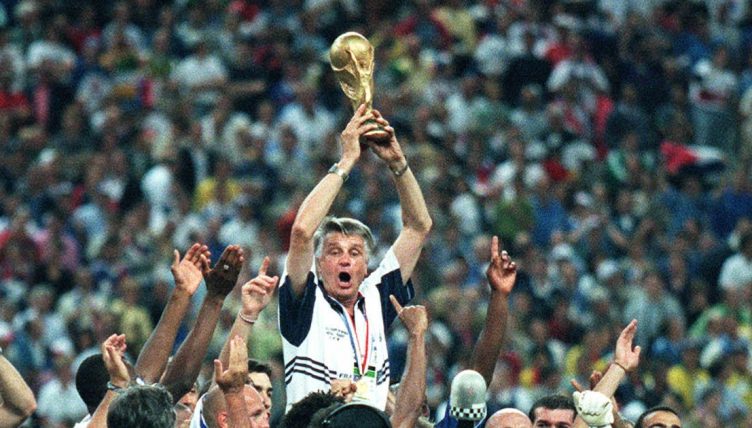 On July 12, 1998, France secured their first World Cup with a superb performance in the final, beating favourites Brazil 3-0 on home soil at the Stade de France. How well do you remember that legendary side?

We’re asking you to name the 11 players that made it onto Aime Jacquet’s Les Bleus teamsheet that night.

Brazil were looking to retain their World Cup crown in Paris and boasted a line-up that included the likes of Cafu, Roberto Carlos, Rivaldo and Ronaldo, but they were simply outclassed by Les Bleus.

The hosts took a commanding lead from a certain legendary midfielder, who was named Man of the Match after an iconic first-half brace.

Jacquet’s men had to show their steely side after being reduced to 10 men midway through the second half, before eventually sealing the victory as another of their midfield men completed an incisive counter-attack in the 93rd minute.

“At the final whistle I was just overtaken by the joy of the moment and I ran back out onto the field,” reminisced the centre-half that had been sent off, years later in The Guardian.

“I had to be among my team-mates, I had to share those moments and be with them in those photos.”

Do you know that centre-half and the 10 others that started on that historic night for France? Our time to beat for this one is 02:42.

If this puts you in the mood for another World Cup-related challenge, why not try and name Brazil’s XI from the 2002 final win against Germany?

NEXT QUIZ: Can you name Spain’s XI from their World Cup final win v Netherlands?