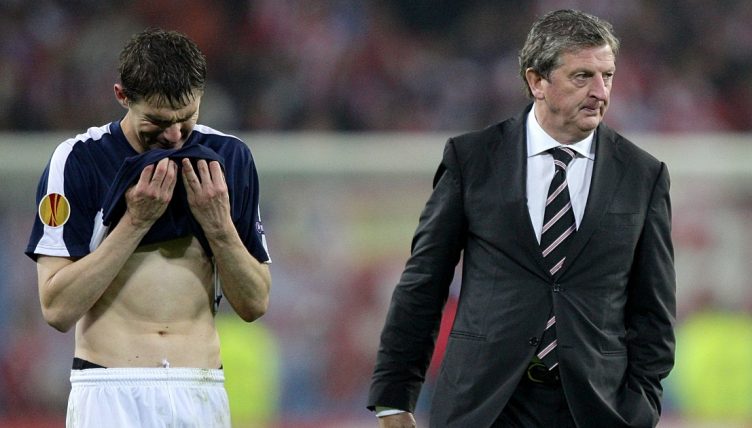 On May 12, 2010, Fulham took on Atletico Madrid in the Europa League final in one of the most famous nights in the London club’s proud history. How well do you remember that side?

Unfortunately, that proved the end of the road for Fulham, who lost 2-1 to Atletico at the HSH Nordbank Arena – but it was a competitive and hard-fought final that went all the way to extra time.

A certain Welsh winger scored for the Cottagers in the 37th minute, cancelling out Diego Forlan’s opener five minutes prior. But four minutes from extra time, Atleti’s legendary Uruguayan striker broke Fulham hearts by scoring the match-winner to cap off a man-of-the-match display.

Can you remember who made it onto Hodgson’s teamsheet that night? This is an XI that will likely be etched into the memory of every Fulham fan, but do you know who started?

The time from the Planet Football office to beat on this one is 03:31.

If you want another test of your football knowledge after this, why not have a go at naming every UEFA Cup and Europa League finalist since 1990?