Can you name Chelsea’s XI from Gianluca Vialli’s debut in 1996? 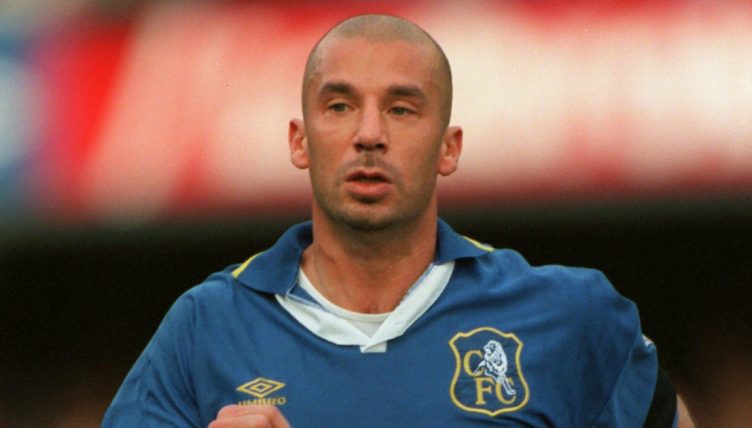 After captaining Juventus to Champions League success, Gianluca Vialli headed to England in the summer of 1996 and joined Chelsea on a free transfer.

Vialli was Chelsea’s first signing under Ruud Gullit, who had been appointed as their player-manager following Glenn Hoddle’s departure.

“Ruud is a good friend of mine,” Vialli told reporters at his official unveiling. “And it’s a new challenge for me. It’s very important for me to play in London. It’s a wonderful city.”

The former Italy international made his competitive Chelsea debut against Southampton on the opening game of the 1996-97 Premier League season. But he wasn’t able to mark the occasion with a goal and the game ended in a goalless draw.

He later took over from Gullit as player-manager in February 1998, becoming the first Italian to manage in the Premier League.

But we’re asking you to name the Xl from his debut against Southampton. We’ve given you Vialli for free and the time to beat from the Planet Football office is 02:32.

If you want another tricky challenge after this, why not try and name Chelsea’s top 35 Premier League appearance makers?