Can you name Italy’s XI from their Euro 2020 final win v England? 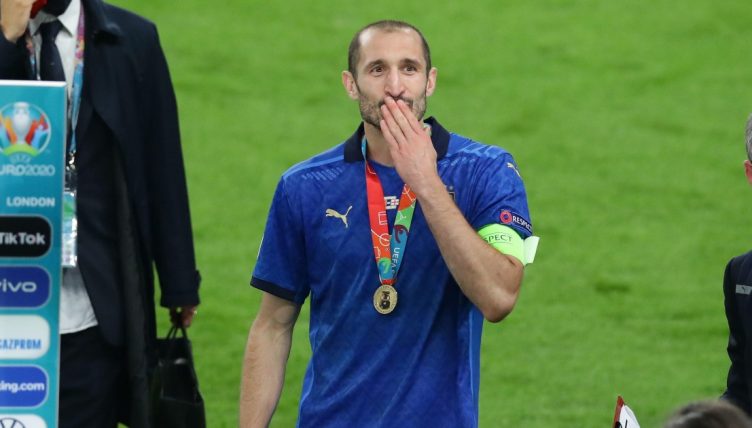 Italy came from behind to win the Euro 2020 final on a penalty shoot-out, leaving opponents England heartbroken, but can you remember the Azzurri XI from that night at Wembley?

Under the management of Roberto Mancini, Italy established themselves as the most exciting team in the tournament with a 100% record in the group stages.

After battling past Austria in the last 16, Mancini’s men recorded impressive victories over Belgium and Spain to reach their fourth European Championship final.

Their opponents, England, were a different proposition altogether. They’d progressed to their first ever final in the competition’s history and were backed by a boisterous crowd at Wembley Stadium.

As expected, England started quickly and took the lead through Luke Shaw in the game’s opening stages. But Italy kept their nerve and gradually worked their way into the contest, scoring a second-half equaliser and taking the game to penalties.

Neither nation has an excellent record in tournament shoot-outs but the Italy goalkeeper emerged as the hero after saving penalties from Jadon Sancho and Bukayo Saka.

It was Italy’s first European Championship win since 1968 and their players and manager celebrated manically. But can you name the line-up Mancini named for their victorious night in London?

The time to beat from the Planet Football office is 01:06 and there’s a mix of household names and solid Serie A players to get your brain working.

Plus once you’ve done that, why not see if you can try to name every country to compete at a FIFA World Cup.

Can you name England’s XI from their defeat to Iceland at Euro 2016?